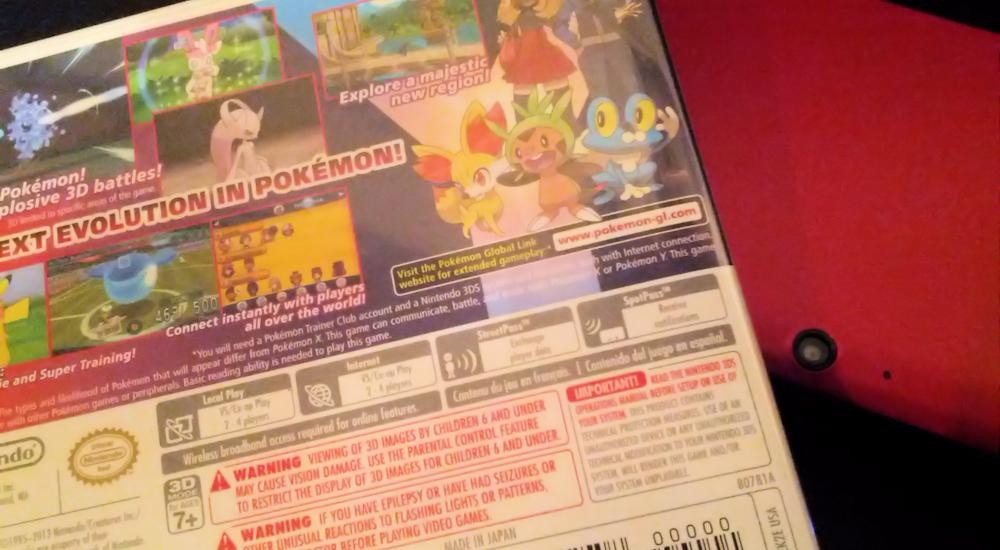 While browsing through Gamestop this weekend I picked up the box for the new Pokémon game, Pokémon X and Pokémon Y, and noticed that the title listed co-op play for 2 to 4 players on its features list. So I did what any good site owner would do, I bought the game (for science) to determine whether or not we should be covering it.

While there were rumblings that Pokémon X&Y would feature cooperative play before the game launched, a mode in which a second player could assist the first player's trainer through the campaign, it sadly appears to be missing. The game does support a full breadth of online features including trading, chat, and battling other trainers in versus mode. It's here where the game's only multiplayer lives - basically the co-op play is a two versus two Pokémon battle.

While some folks consider this "co-op" play, we consider it team based competitive. For us co-op play should be teaming up with your friends against the computer or AI.

All that said this is the first Pokémon game I've ever played and I'm enjoying it so far. There's some pretty hardcore RPG and tactical elements here. I'm only a few hours in but I'll post a Beyond Co-Op Review when I'm done and/or comfortable. The game has sold over 4 million copies in its first weekend so most likely those of you that planned on picking it up have already done so, but perhaps I can provide some insight from a complete newcomer.