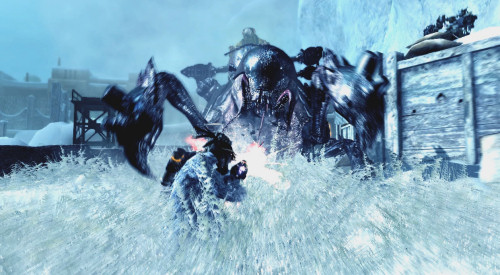 The day is finally here, after months of coverage, you'll finally be able to get your co-op paws on Lost Planet 2.  Gracing the PlayStation 3 and Xbox 360, the game features four player online co-op as well as 2 player local split screen through the entire campaign.  You can find all of our coverage of Lost Planet 2 right here.

Reviews for the game have been mixed so far, but some of our forum members managed to get the game early and are really enjoying it.   Capcom has also released a new trailer entitled "Kill Big" for the game, and if you can't tell from the soundtrack, it's supposed to get you super pumped for the game.