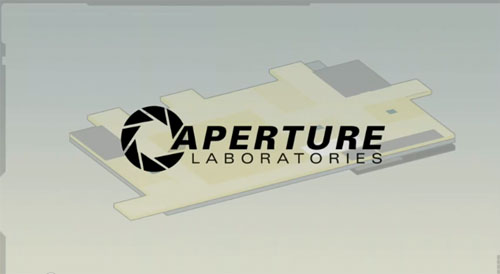 There was a time in my life when someone would say "Mac" and "Game" in the same sentence immediately followed by laughter.  In fact, one of my all time favorite spoof videos on the Mac ads come from the Red vs. Blue guys about Mac gaming.  So really it's quite a shock to see the Apple's platform, specifically the Intel systems with OSX getting the biggest digital distribution service from PCs in Steam.

Sadly as of now, there's only two co-op games to be had: Guns of Icarus and Galcon Fusion.

Still, to celebrate the occasion Valve has released their incredibly popular version of Portal for free for all Steam owners.  While the original game doesn't have co-op, the sequel will feature a co-op campaign.  In fact, the promotional video Valve put together for this says making Portal free allows you to "find the value in the game and help find a companion for the upcoming cooperative Portal 2 initiative."

One final note, there's over 50 games right now available for the Mac through Steam, and any game that you purchase on the PC that has a Mac version available - you automatically get for free.