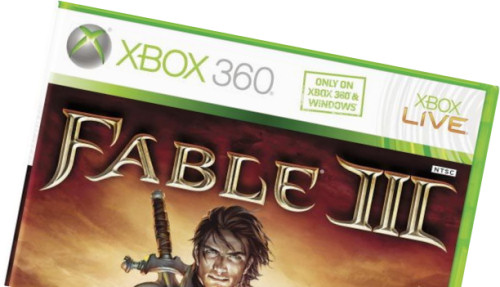 If you've been following Fable 3 news, and I know you are, you may have noticed that the word PC has been thrown around here and there.  On more than one occasion we've seen it mentioned in interviews, hinting at a possible port or simultaneous development, but a PC version has never officially been confirmed.

And it's still not confirmed.

But the recent release of official box art from Microsoft, which was subsequently pulled, states the game is available "Only on Xbox 360 & Windows."  What's interesting is if you go back to a job listing that was posted, it may hint at cross platform co-op play.

Of course when numerous blogs reached out to Microsoft for comment, they got the standard line of no comment on rumors or speculation.  I'm not sure it's speculating when your official box art has it in plain green and white.