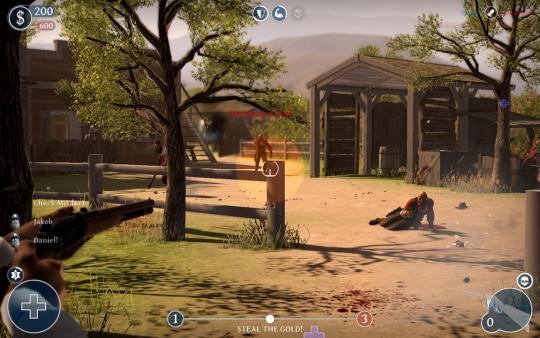 Red Dead Redemption isn't the only co-op Western game to come out recently, though it might have been quite a bit more high profile than Lead and Gold: Gangs of the Old West from Swedish developer FatShark.  Lead and Gold was released last month on Steam and while  the bulk of the game is focused on versus play - the game does offer one two player co-op mode.

The mode is called Gold Fever and the goal is to fend off endless waves of AI enemies while you and your teammate attempt to obtain as many sacks of gold as possible.  Like Uncharted 2's Siege mode and Gears of War 2's Horde mode before it, the game ends when your team is dead.  So while only offers one co-op mode, and not as full featured as Rockstar's offering, it might be a fun - and cheaper - diversion at $14.99.