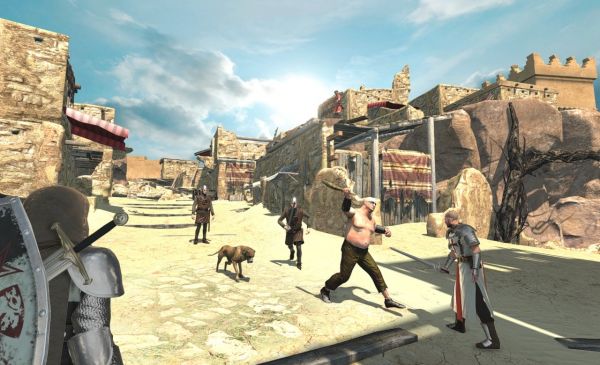 Kalypso Media has announced a brand new co-op action-adventure title called The First Templar for the PC and Xbox 360.  The game is being developed by Haemimont Games, who recently developed Tropico 3.  The First Templar follows the story of a French Templar and his companion, a noble lady who has been proclaimed a heretic.  In single player, gamers can control either character on the fly - or a friend can drop-in and drop out both offline and online to assist along the way.

The story revolves around the secrets to the Templar order and the search for the Holy Grail.  It's unclear what abilities each character possesses that the other does not, but The First Templar does offer an RPG like character progression system.  We've got the first batch of screenshots below and plan to get a more detailed look at the game at E3 in a few weeks - but the game isn't planned to hit until Q1 of 2011.