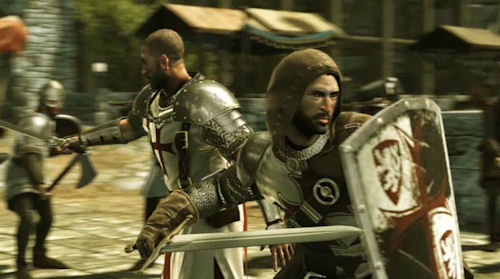 Gamescom might be over, but the media from the show is still coming out.  Today we have a trailer for The First Templar, and upcoming action game for the Xbox 360 and PC which features two player co-op both locally or online.  The story of The First Templar follows the finding and then loss of the Holy Grail.

Sadly Sean Connery and Harrison Ford are nowhere to be seen in this violent trailer which we can't help but get a little Assassin's Creed vibe from.  That's a good thing, by the way.