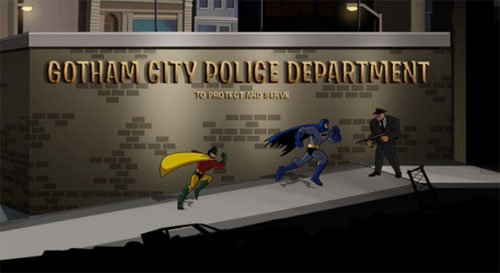 Warner Bros has released some additional information on Batman: The Brave and the Bold. The Wii and Nintendo DS game will support two-player co-op where players can choose from heroes such as Green Lantern, Blue Beetle, Aquaman, and of course Robin to support Batman on his quest for Bravery and Boldness. Players who own both a DS and Wii will have access to a special character, Bat-mite, by connecting the two systems and using the DS as a controller.

Advertised as a kid- and family-friendly game, it will contain both beat-'em-up and puzzle elements. Batarangs and Grapnel Guns have also been promised as well as the voice talents of most of the animated TV series cast.

Batman: the Brave and the Bold will be released on the Nintendo Wii and Nintendo DS later this year.