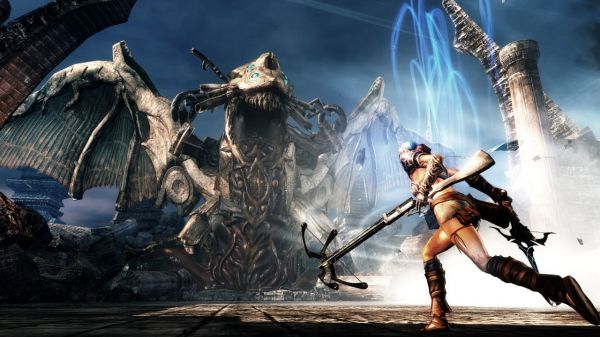 Konami just sent over a fresh batch of screenshots for Ninety-Nine Nights 2 for the Xbox 360.  Graphically the game is looking really slick and if you got your hands on the recent demo, you know the game looks just as good in motion.  Sadly the demo didn't contain any of the game's co-op, which will be an online only affair through specific missions.

We have a small walkthrough video that showcases this mode, along with a few other multiplayer modes, complete with over enthusiastic narration.  Seriously, this guy is pumped for co-op and "Race mode" - it's too bad they didn't include it in the game's campaign.  Ninety-Nine Nights 2 launches on the Xbox 360 on June 29th.