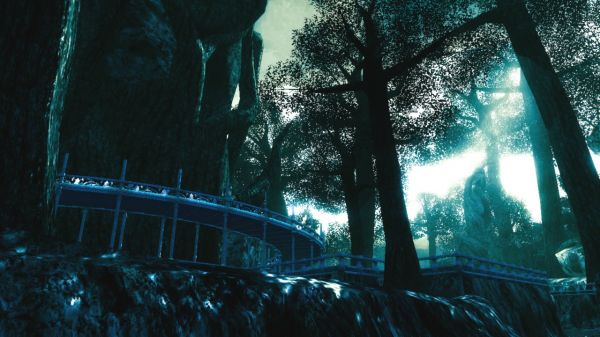 Konami has just released a fresh batch of screens for their two player co-op sequel to Ninety-Nine Nights.  The game is still slated for a Spring 2010 release, though no date is specified for Ninety-Nine Nights 2.

The co-op mode is available in special stages via Xbox Live.  This mode seems to be more about a focus on high scores and combos, something similar to what Dante's Inferno is doing with the Trials of St. Lucia DLC.  From the screens the game looks incredibly dark and violent, with a dash of Lord of the Rings added.