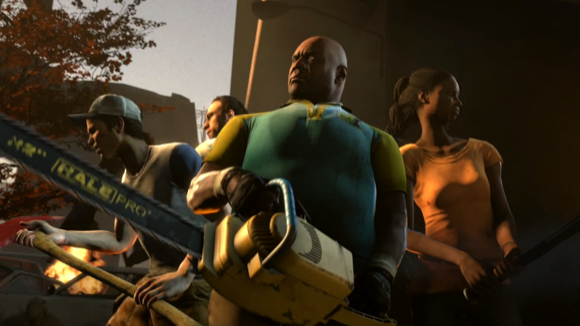 This week's Left 4 Dead 2 mutation should be considered a "fan favorite."  Called Chainsaw Massacre all four survivors must survive the campaigns of the game with only a chainsaw at there disposal.  Like the slogan says, 4 chainsaws - millions of zombies.  Well zombies, jockeys, boomers, spitters and tanks.

Yes, you need to kill the tanks with a chainsaw.

Remember these mutations requires the latest DLC on the 360, PC owners already have the content as it was released for free.