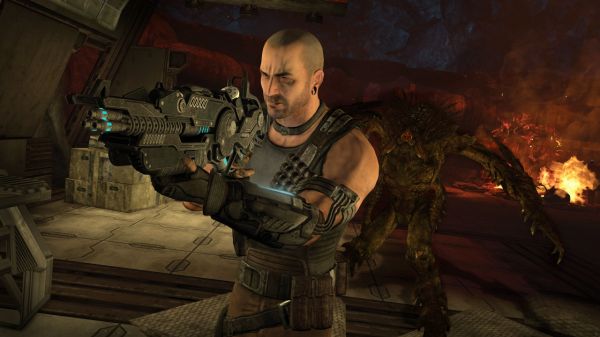 My very first experience with a dual-analog shooter was a PlayStation 2 demo disc that included about ten minutes' worth of Volition's Red Faction. Despite the negative critical response of its sequel  - Red Faction II - and the glaring lack of co-op in last year's Red Faction Guerrilla, the entire series still holds intrigue with me because of that first experience.

Since the popularity of Saints Row 2 at Co-Optimus, Volition has very nearly become a household name, and with Red Faction: Armageddon they have an opportunity to raise the bar even higher. An unnamed co-op mode joins yet another drastic departure in setting - color me interested. In particular, the prospect of using the Geo-Mod engine in reverse ("reconstruction technology") in co-op sounds pretty neat. While there are no more details regarding the co-op mode - or even the number of co-op players - we have the trailer, press release, and official screenshots right here for you.