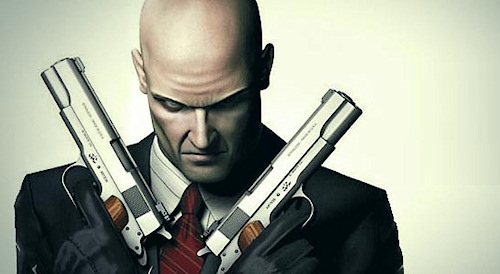 I have a secret.  For many years now I've secretly desired a game like Hitman that allowed multiple players to plan and execute a kill.  In fact, almost 3 years ago I thought about starting a column here on Co-Optimus with the premise of having the community contribute to co-op game design ideas, with the first column being about the very topic.  Sadly, it looks like a true Hitm​an game with co-op isn't coming anytime soon - mostly due to the fact that Agent 47 as a character is a bit of loner.

Of course we have been discussing co-op for many Hitman games but it never felt right," Blystad confessed to OXM in a recent interview, extracts from which you'll find in issue 81, on sale now. "Agent 47 is a loner and we have never found a way to give him a partner, because to be honest, he doesn't need one.

This means the new Hitman game, Hitman: Absolution, won't be featuring any kind of cooperative multiplayer.

As a bonus, here's a bit of the original text from the idea I had many years back.

I'd like to see a co-op game where two people work together as hit men or assassins.  Players could work together by doing things like running distractions, drawing away body guards, etc.

The hits could involve characters of multiple sexes, for instance a player as a female character could seduce the target while the other character poisoned a drink to serve while the target was destracted.  The game wouldn't necesarily be about sniping targets, but it would be almost like a puzzle game with how it played out.

I absolutely think there's room for this type of game in the realm of cooperative video games.  If the Agent 47 character won't support those sort of elements, perhaps an extension of the series could be created.