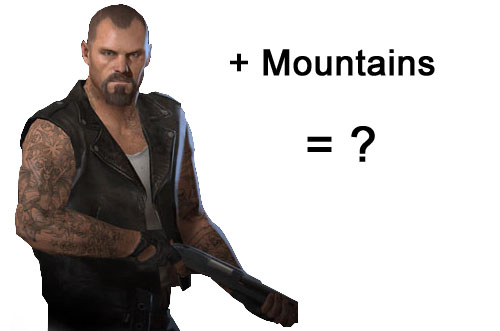 If you play Left 4 Dead or Left 4 Dead 2 on the PC, you probably know there's a pretty robust L4D modding community. The mods can be pretty hit or miss, depending on how invested the modders are, but I, myself, am loath to pass up a perfectly good opportunity to shoot, decapitate, and otherwise maim zombies in new environments for simply the price of my time spent downloading the mod. A highly-anticipated (it's been in the works for a long, long time) Left 4 Dead fan-made campaign has recently been released, entitled "I Hate Mountains." It sports five new maps containing a mansion, lakefront, lumberyard, and uh, we're assuming mountains through which Francis and company must trek.

For those of you who own Left 4 Dead 2 but not the first game, the good news is that a Left 4 Dead 2 version of the mod is in works, but it'll simply be a "quick'n dirty port for the people who don't own Left 4 Dead 1." But for those of you that do have Left 4 Dead and feel the itch to fire up the game to revisit old friends in all their haters-gotta-hate glory or if you also hate mountains, "I Hate Mountains" might be just up your lane.