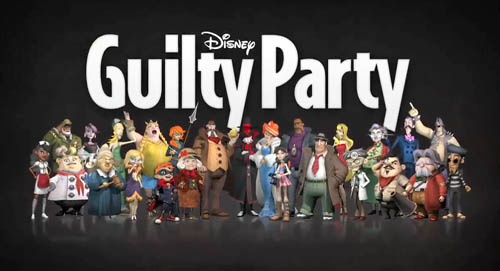 It's been some time since we've seen anything about Disney Guilty Party for the Nintendo Wii.  The four player co-op detective game will have families solving crimes while aboard a cruise.  We've got a behind the scenes trailer for the game which showcases some of the mini-games - all of which utilize the Wii mote.

Don't worry, there's very little waggle going on and a whole lot of detective work.  You'll have to crack a safe open listening for the careful clicks of the combination, or use a flashlight to uncover a clue.