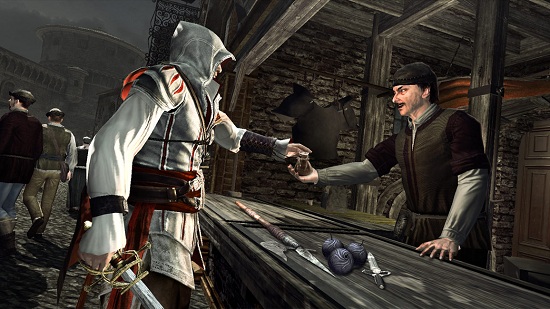 From the looks of it, the November 16th release of Assassins Creed: Brotherhood will have quite a few surprises. Not only will this be the first Assassins Creed to continue with a figure of the past (starring Ezio Auditori), but he'll have a few friends with him. The game looks to live up to the previous visual quality of Assassins Creed titles, but we're not sure where the story is headed with this new Brotherhood.

Joystiq also reports that the lead designer of Assassins Creed 2 will not be on board for Brotherhood - it looks like there were some disagreements on making additional games in between the originally planned trilogy?