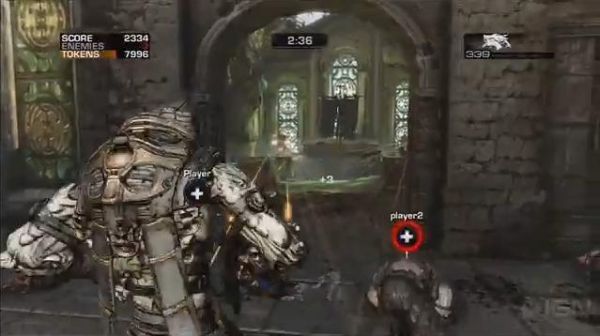 One of the most-hyped titles from this year's E3 has to be Gears of War 3.  A new gameplay mode for the game was revealed, called "Beast Mode".  It is described as the opposite of Gears 2's Horde Mode.  Instead of a group of COGs teaming up against the invading aliens, players will actually take on the role of the Locust, cooperating to take down the humans!  It sounds quite similar to Left 4 Dead's Vs. Mode, but apparently Beast Mode is more like Horde Mode in that the enemy is controlled by AI, not human opponents.

All of your favorite Locust are here, from the lowly Ticker to the mighty Berserker.  As players kill humans, they unlock more powerful Locust classes.  Horde Mode was already fun enough, but the ability to play as Locust bad guys takes it up a notch or two.  We can't wait to get our hands on this next April!