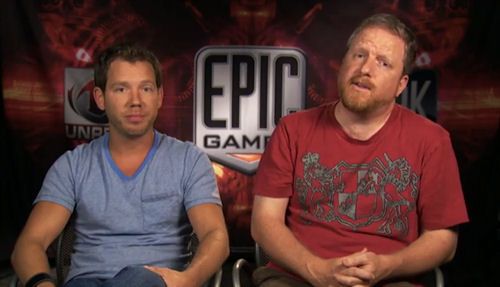 It's been a few months since we've heard of the Fate of Carmine charity campaign for Gears of War 3.  The goal of the campaign was to raise money for Penny-Arcade's Child's Play Charity and have a little fun by having the community determine whether or not the latest Carmine brother in Gears of War 3 would live or die.

The verdict is you'll have to wait until next Spring when Gears of War 3 releases to find out.  But Epic's Cliff Bleszinski and Rod Fergusson have announced the campaign has successfully raised over $150,000 for Child's Play.    Last year Child's Play raised almost 1.8 million dollars, so 150k is a significant chunk of change for the charity.

That my friends is community co-op.