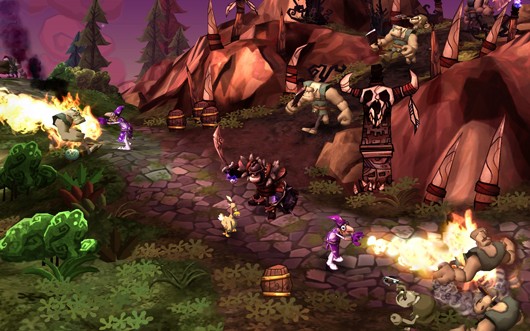 Last year, Deathspank showed us a brilliant preview at PAX, complete with quirky characters, odd quests, and a lot of beautiful gameplay. Now that we're approaching release date, Deathspank has revealed its final ace: Co-op confirmed for both the PSN and XBLA release.

Deathspank is what some might call Monkey Island meets Diablo, which leaves us with very high hopes. Fortunately we won't have to wait much longer to experience the humor, or heroics of Deathspank (and his spell casting wizarding co-op sidekick "Sparkles"), since the games release has been confirmed.

PSN owners can experience Deathspank starting July 13, and XBLA peeps will get their mitts around it July 14th. Saddle up, it's gonna be a wild ride at $15, or 1200