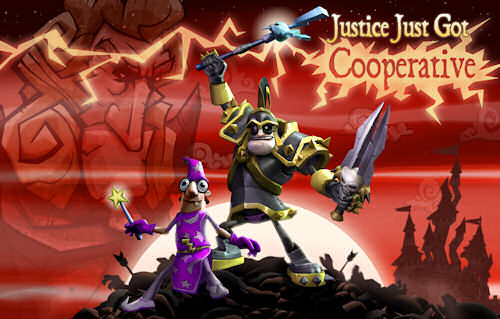 Laverne and Shirley.  Starsky and Hutch.  Mel Gibson and Danny Glover.  These people all of something in common - they are co-op buddies till the end.  And now Deathspank and Sparkles joins the long list of duos as the co-op pair is playable in the upcoming XBLA and PSN game called Deathspank.  Looks like Sparkles got the shaft on the title for that one.

In the latest trailer for the game the game's producer, Hamish Miller, walks us through the game's local co-op mode - which features drop-in/drop-out play locally.  In it we see Deathspank and Sparkles battle trolls, ogres and...unicorns.  Bjorn from Peggle is gonna be pissed.