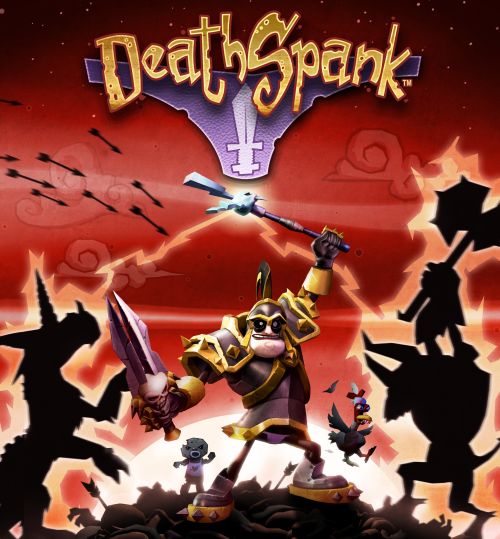 DeathSpank and Shank are coming to the PC.  "DeathSpank and Shank" also sounds like a fantastic rock opera, or maybe the name of the most kick-ass beauty pageant of all time.  These two downloadable games have already made an appearance on XBL and PSN.  They both offer fun but flawed co-op.

In our review of DeathSpank we gave the game a 2.5/5 for a Co-op score, but a 5/5 for the General score.  We gave Shank a 3/5 for both the Co-op and General scores in our review.  Both games have great art styles and solid game play.

The titles will debut on the PC on October 26th.  DeathSpank will also be available for the Mac.

DeathSpank is currently available for pre-order on Steam. By pre-ordering, you'll save 10%, dropping the $14.99 price down to $13.49. Or, you can instead pre-order the "Shank and 'Spank" bundle, which includes both DeathSpank and Klei Entertainment's Shank, the latter of which is also coming to Steam on October 26. The bundle will save you 15%, so you'll pay $25.48 for the two games instead of $29.98.

Yep.  Steam named the bundle 'Shank and 'Spank.'  I'm all for brevity, especially if it's classy brevity.

It should be noted that DeathSpank and Shank offer only local co-op play, even on PC and Mac.  Controllers are supported.  These games have developed enough of a following to make a jump to Steam.  Check them out for a discount if you get a chance.