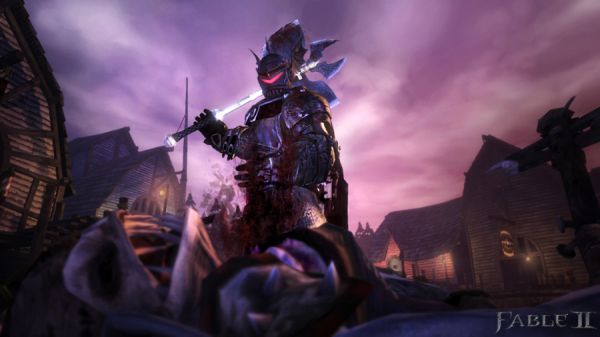 Sometimes it's nice to hear a developer admit their mistakes.  It's even better to hear that they are going to correct them.  A lot of folks were disappointed with Fable 2's method of co-op, us included.  It appears as if Lionhead wasn't exactly happy with it either.  Lionhead's Ted Timmin's had this to say to Eurogamer during their E3 demo.

"We do admit, the co-op in Fable II was rubbish. We'd be restricted to being within 10 yards of each other, I'd have to be your henchman."

But are they going to do anything about it in Fable 3?

In the new game, you will be able to bring your own hero character with its own stats, interface, individually morphed weapons and dog into a friends' game, Timmins explained.

You will also be able to wander freely anywhere within the same region, and get up to different things; one of you might be indulging in conversation and trading in town while the other fights and quests in the wild.

Most of that we already knew, but it's good to hear it straight from Lionhead's mouth.  We also know that you can marry you're co-op partner if you wish, even have a baby.  But there's other responsibilities that come with being married in the game.  Take, for instance, a shared bank account with your co-op life partner.

So one day you might turn your game on thinking yeah, I've got 1000 gold, I can have that weapon that I wanted, you run over, you press A, you've got no money. The reason is, you go to your house, you've got pink wallpaper and a new bed."

Great, so now I need a co-op prenupt.