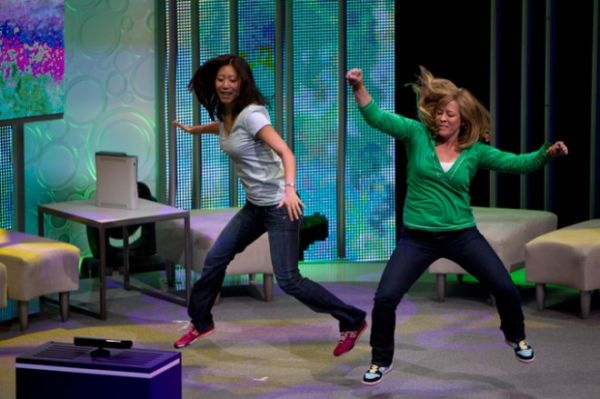 As we learn more about the Microsoft Kinect, we end up asking a few more questions. Using terms like "Active Players" and "Skeletal Mapping" is just a tad confusing. Play.com and 1up.com have taken a look at the official technical specs for the Kinect, giving some impressive frames per second, and a great field of view for the television.

According to the specs, it's also able to track up to 6 players - but only two "active" players will be mapped to Xbox Avatars. I suppose Microsoft didn't want to have to deal with 6 people dancing around someones livingroom, creating hazardous conditions for collectables, furniture, pets, and other players.

Two players though? Only two? Nintendo 64 had 4 people crowded around approximately 5" of television screen space at a time. Maybe someone has a huge livingroom/game room that they'd like to play in? I for one am a bit saddened by the 2 player limit, but maybe the "active players" means something different. What do you think?