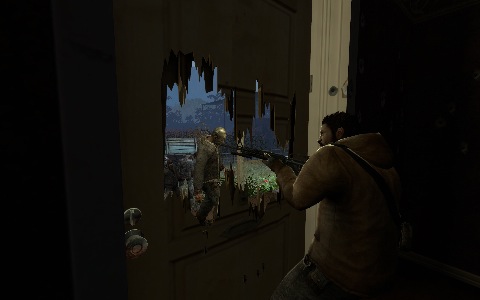 As if the wait for Left 4 Dead's previously announced November 4 street date didn't seem long enough, now there's even more bad news.  Kotaku reports that Valve's Gabe Newell declared the game's release has been pushed back to November 20.  We're unsure of the reason for the delay.  Hmm.  November 4th is Election Day, and the 20th is one week before Thanksgiving.  Both of these dates involve turkeys!  (Insert rim shot here.)  You heard it here first, folks.  It's a conspiracy by feathered and unfeathered turkeys alike to deprive us of our much anticipated co-op zombie slaying action!