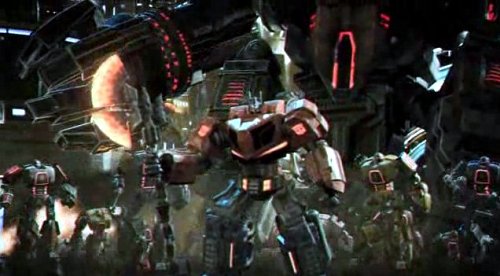 Now that the DLC leak has been officially announced, we have the official word on what comes with the Transformers: War for Cybertron DLC Pack. Actually, more like official YouTube video that shows off each of the DLC characters, and the two new Escallation mode maps.

Included in the pack are:

As well as "District" and "Forsaken" maps for the Escallation survival mode. This map pack releases next week on Xbox 360 and PS3 versions of the game, just in time for our Xbox 360 Official Transformers: War for Cybertron Co-op Night, on July 29th.