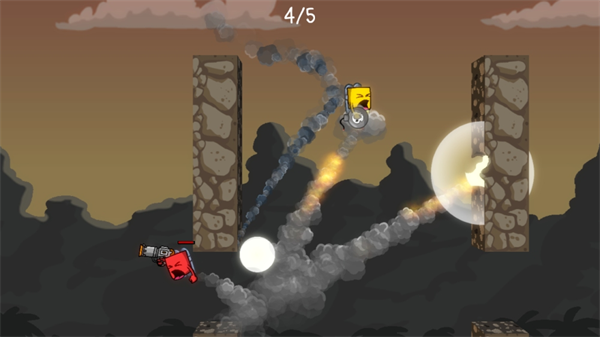 Indie game Square Off may not be everyone's cup of tea, but for the measley new price of one dollar, it can be your large soft drink. Not only has the price dropped, but Gnomic has seen fit to add two multiplayer levels and a third level for single player and co-op. In addition, new music tracks, improved sound effects, and a broader range of difficulty has been added to appeal to a wider audience.

Our resident queen of downloadable content, Kat, had good things to say about the game at its more-than-fair price of $3 (240

), it's that much harder to resist the charms of a genuinely fun indie game.