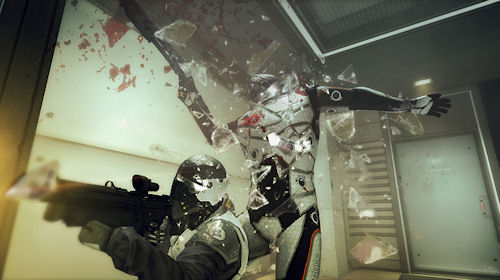 The long rumored, but recently announced, Syndicate reboot has gotten a release date already.  You'll be filling the shoes of a corporate merc in no time flat as the date given for the Xbox 360, PlayStation 3 and PC shooter is February 21st, 2012.  That's a short 5 months away.

The game, which features a 4 player co-op mode, has long rumored to be in development at Starbreeze - so while such a quick release might be shocking, the actual game's development time remains a mystery.  It first popped up on our rumor mill in early 2009, so that would be a solid 3 year development cycle.

Still, it's odd to see EA keep so quiet on the game for so long instead of hyping over a longer time frame.  This either bodes really well for the title, or really bad.  I guess we'll know in 5 months time.