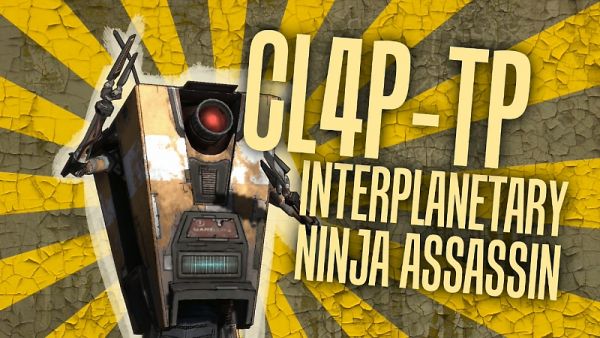 OK folks, fair warning, this post contains spoilers, though we'll try to keep it as light as possible.  Still with us?  Good.

The PC version of the four player co-op game, Borderlands, got a recent update which added, among other things, Steam Achievement support.  Some users got a little curious and started digging in all those files and uncovered, what is now confirmed, to be content from the next set of DLC for Borderlands.

The basic premise of it that Claptrap - the interplanetary ninja assassin is back, and he's also the main bad guy.  I guess all that dancing got really old.  In fact, all the dancin' Claptraps are bad guys this time as they are running around reanimating dead people by combining Claptrap parts with them to make them this zombie-robot hybrid type enemy.  You'll have Claptrap Skags, Claptrap Midgets, Claptrap Psychos and more to fend off.  Even worse?  Claptrap versions of the bosses make an appearance too.

There appears to be around 20 or so quests included with the content along with plenty of new dialog.   There's no word if any level cap increase will take place or any other features that are included - but lets just say Gearbox is taking the leak in stride.

OMG! You're in our files, stealing our secrets! Interplanetary Ninja Assassin Clap Trap will KEEL you!

Seriously guys? This is like reading a draft of a script for a movie that hasn't even been announced yet!

See, the fact is, despite there being some info for the DLC, it's not complete yet.  Most likely the configuration files got wrapped up in the latest builds and made its way out the door early, but the content wasn't actually included yet.  According to an interview with IGN, Pitchford had this to say:

"Seeing that this happened does make me want to hide some super juicy secrets in the DLC, though. If we do, we'll be sure to hide them really good, though, so it takes more than a day to find them," he joked.

What could be juicer than an army of Ninja Assassin Claptraps?  Only time will tell - and hopefully we'll get an official announcement on this DLC, along with some screens and videos - soon.