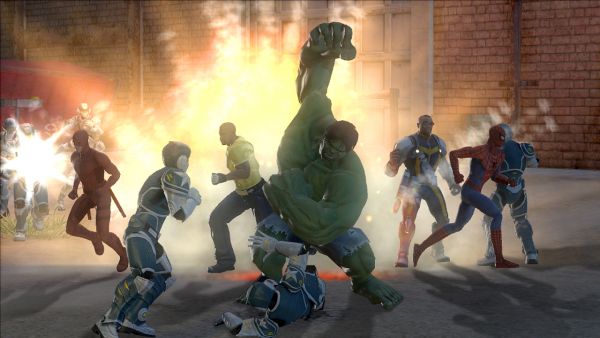 After one of the most bizarre and unfortunate DLC disasters we've ever seen, the Marvel: Ultimate Alliance 2 DLC is finally available for European PSN users. Now, everyone go out and get this DLC featuring Juggernaut, Psyloche, Magneto, Carnage, Black Panther and Cable before they disappear. At the end of the year, you will no longer have access to any of this DLC.

Why the extra delay?  Apparently the contracts had to be renogiated for the US and EU separately.  The EU contracts were just approved, so the folks at SCEE put the DLC's back on the store as soon as the they could.  The important thing is the DLC is back and those trophies are attainable again.

This pack without Juggernaut will cost European PSN users a comfortable  £7.99/€9.99, add Juggernaut for an extra £1.59/€1.99. North American users get the packs on PSN and XBox LIVE Arcade for $9.99 (sans Juggernaut) or an extra $1.99 for Juggernaut. All of the systems lose these packs at the end of the year.