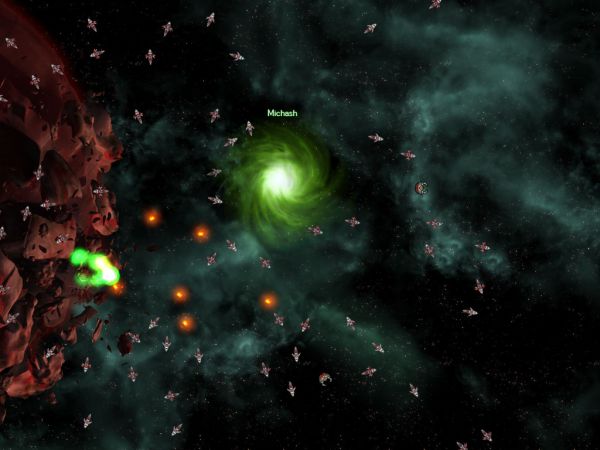 The next AI War micro-expansion called Children of Neinzul has hit beta - which you can get access to simply by pre-ordering it for only $3.99.  New features include more starships, map types, and AI types; but perhaps most interestingly, is the Neinzul race itself.

The Neinzul aliens are an insectoid race of perpetual "younglings," who live for an extremely short span before dying and being superseded by fully-aware and vicious replacements.

Sounds pretty interesting for sure.  The best part about all of this is 100% of the profits of this expansion pack are going straight to Penny Arcade's Child's Play charity.  That's right, not a single cent is going into developer Arcen Games pocket.  As if AI War wasn't co-op enough already!