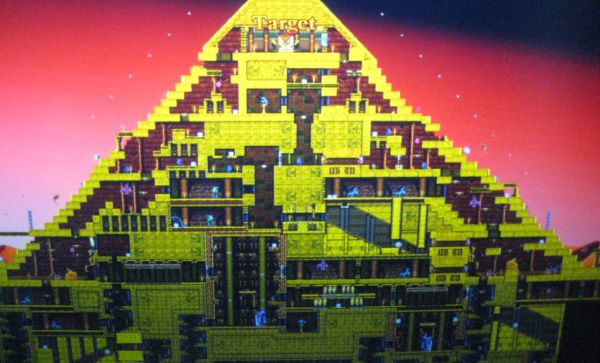 Queue the Jerry Seinfeld voice - "What is the deal with DLC leaks these days?"

Our next leak comes courtesy of Castlevania: Harmony of Despair, the recently released XBLA title with 6 player co-op.  We played it.  We reviewed it.  It was pretty good.

The rumored content includes a new stage, a pyramid level based on Castlevania: Portrait of Ruin.  Also included are two more characters, Maria Renard from Rondo of Blood and Julius Belmont from Aria of Sorrow.   No official word yet from Konami, but the images and video look pretty legit, and if you get a solid group of 6 players you can blast through the game in about an hour.  The game offers a lot of replayability though, and this content will further add to it.