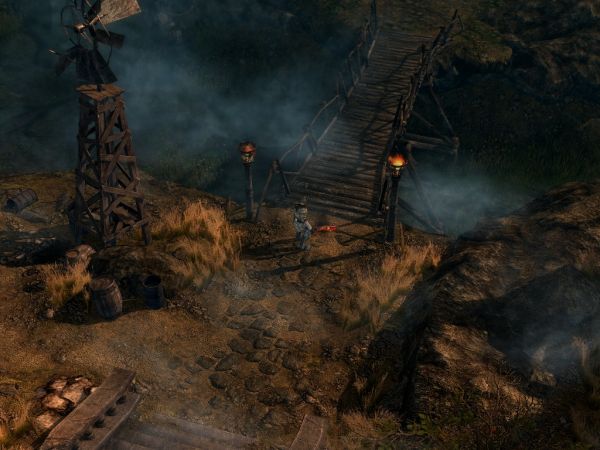 It's been over six months since we've heard much from Crate Entertainment on Grim Dawn, their Action/RPG that's a spiritual successor to Titan Quest.  If you haven't kept up with the official site you'd be missing out on some new screenshots from the game - and the latest batch is looking quite impressive.

Other Grim Dawn news includes a nice little interview over at Big Download with Crate's Co-Founder, Arthur Bruno.  The interview talks about the state of the project, how the team got there, and some of the goals.  It sounds like the team plans to support Grim Dawn for quite some time after launch next year, with numerous mini-quests packs being released every 6 months or so.

Besides all the graphical upgrades the game is getting, there's some core system upgrades Grim Dawn will add to the Action/RPG genre.  While the outdoor areas will be hand crafted, the game will include randomized underground areas adding a level of replayability.

The big one would be randomized undergrounds. We haven't finished the tech yet, so it isn't 100% but it is looking very promising so far. Allowing for some "dungeon" areas of the game to be randomized would be a big win for replayability. We realize that our audience is split with some people desperately wanting randomization and others hoping we'll stick to hand-crafted environments. I think we can find a compromise that will keep most everyone happy with outdoor environments and some undergrounds being hand-crafted and most undergrounds, especially optional areas, being randomized. We're also looking to add in some level of quest randomization but we don't have details on that yet.

Other features include a in depth crafting system for creating unique and powerful items.

Sadly we still don't have many details on the game's co-op mode, other than that it's definitely something they want to have.  There will be multiplayer co-op challenges to go along with the main story, but details on those are light as well.   Back when we announced the game in January, Crate was looking for input on the co-op, so hopefully it's something they are still digesting.

Grim Dawn is definitely showing promise, and Co-Optimus will be keeping an eye on this one over the next year.