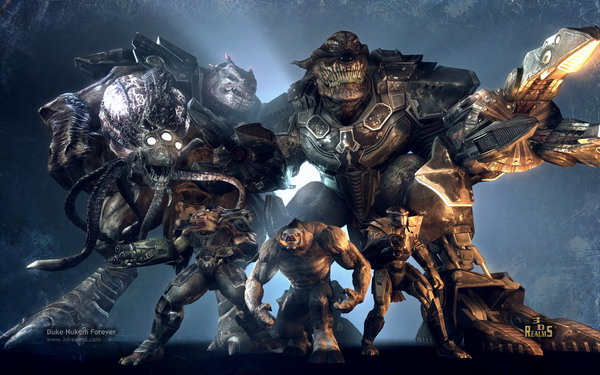 I gotta give the industry credit - they just won't let Duke die.  To recap it's been some time since 3D Realms folded up development on Duke Nukem Forever and Take 2 games took the rights back.  We haven't heard anything from the purported Duke Nukem D-Day game and the last bit of media we got from DNF showed off an Xbox 360 version of the game.

The latest rumor comes courtesy of Kotaku who has a man on the inside, deep inside, leaking secrets like they were DLC.  According to their mole Duke Nukem Forever has shifted development to Bordlerands developer Gearbox Software - who was actually the developer of a cancelled Duke spin-off called Duke Nukem Begins.  Adding credence to the rumor is HardOCP's Kyle Bennet, who claims to have also gotten some "confirmation" on an upcoming Duke Forever announcement with Gearbox's involvement.

Just picked up another non-confirming confirmation about Duke and Gearbox. Yep, something is going on there and it is not another decade of delays. Just a guess, but North Texas is a fairly tight community when it comes to gamers. We all know each other. :)

So will we be waiting 15 years for the game to finish up at Gearbox?  Rumor goes that a playable demo of the game could release by years end with an unveiling at PAX Prime in a few weeks.  Could this be why we haven't heard much out of Gearbox on Aliens Colonial Marines?