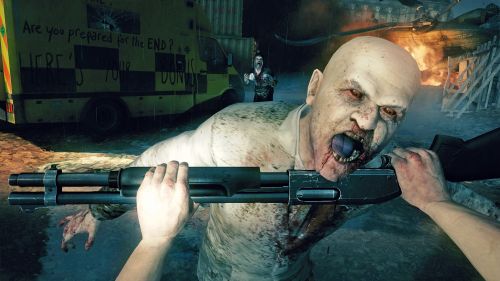 Enjoying the current co-op games of the Wii U? At one time, ZombiU may have actually classified as one! According to developer, Ubisoft, Wii U launch title, ZombiU, would have supported a co-op mode in the final version of the game.

Producer on ZombiU, Guillaume Bruiner said in a recent interview that the ZombiU development team had fully intended to include a co-op mode in the main campaign of the game, but couldn’t fit it in due to time constraints of the Wii U console release. When asked about possible future DLC being added to the game through Nintendo Network, or even it being added into a future ZombiU sequel, Bruiner continued to show his interest in the mode by saying “how to bring a cooperative experience and still keep fear and tension is a question we would love to address". Just think this, but with a co-op partner on the Wii U.

We did not spend a lot of time contemplating online multiplayer as we had other issues to address,’ said Bruiner. ‘In our most exciting dreams, we would like to create an online experience where players never quite know where they stand between coop and player vs. player. Doubt is a great nest for tension and fear.

A shame really, as the game could’ve been an interesting co-op take on the zombie apocalypse, with the help  of Wii U’s online features. Still, there’s always the chance of a sequel where this could be included (with multiple GamePad support as well). We’ll keep our fingers crossed.