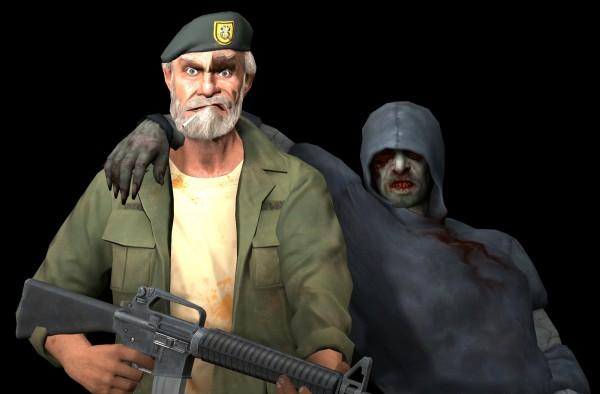 Why can't we be fiends?

This post contains spoilers to The Passing DLC in Left 4 Dead 2.  Read more to find out about the new DLC coming to the game.

Death comes to us all, but in the case of Bill, from the original Left 4 Dead, it came pretty quickly and with a lot of blood.  For the many Left 4 Dead 2 fans who bought The Passing DLC they will be aware that there is a Bill shaped corpse awaiting people who make it to the end of the game, but how did his death come about?

A tiny post on the official Left 4 Dead blog hints that we won't have too long to find out as DLC that explains Bill's death is planned.  The news is hidden away at the bottom of a post and does not mention if the DLC will be for the first or second game.  The blog suggests that the audience may have some influence over Bill's demise.    Was he killed by a tank, witch, horde, friendly fire, or even old age?  I like to think that one night he went to sleep and just never woke up.