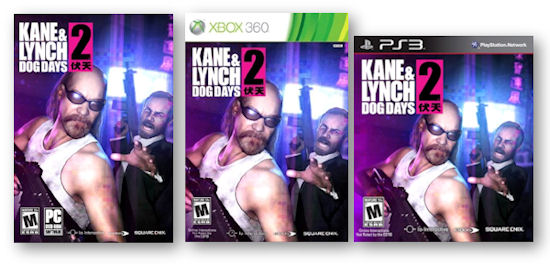 It seems it's been a while since a major co-op release has hit.  Sure we've had plenty of downloadable titles, but by my count, StarCraft 2 was the last big release over a month ago.  And before that Crackdown 2.  So it's good to see Mr. Kane and Mr. Lynch lighting up our summer with their gritty and violent shooter Kane and Lynch 2: Dog Days on the Xbox 360, PlayStation 3  and PC.

We've covered the game plenty up to this point - trailers, screens, and even a hands on preview.  You'll have two player co-op both online and off throughout the campaign as well as the online Fragile Alliance mode for 5 players.

You can snag it now through Amazon and get $10 of videogame credit and other pre-order goodies. Our international readers don't get the same deal, but you can still order through Amazon.ca or Amazon.co.uk and support Co-Optimus.