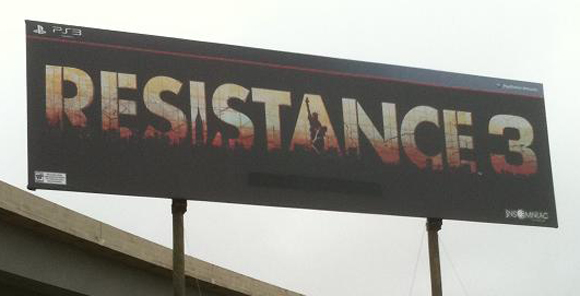 Because Insomniac games isn't busy enough with Ratchet and Clank: All 4 One, set to be released this year, we want more sequels. Resistance 3 has been announced today at GamesCom, complete with an interesting little live-action teaser trailer with the basic assumption of 4 player co-op.

Listed for a late 2011 PS3 release, we don't know much more about Resistance 3. Hopefully we'll see co-op in the best possible way here.