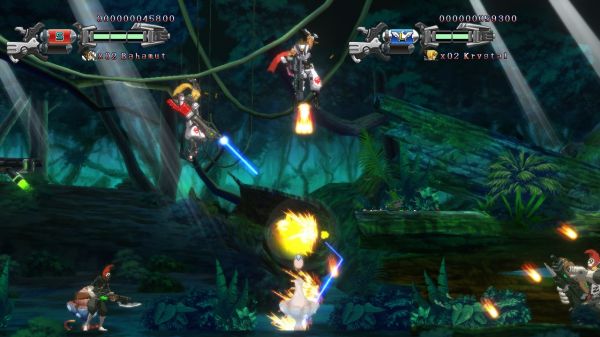 More assets are coming out of Gamescom 2010 in Germany, this time for the upcoming game, Hard Corps Uprising from Konami and Arc System Works.  The hand drawn animation style combined with rich backgrounds are stunning  to look at - and really - don't do the game justice unless you see it in motion.

We went hands on with Hard Corps Uprising at E3 and came away thoroughly impressed.  With local and online co-op coming to the Xbox Live Arcade and PlayStation Network title we know it'll be a solid addition to any co-op gamers library.  Despite the lack of Contra in the title, Hard Corps Uprising is a Contra game - and according to Konami's press site  - it's still listed as a "working title."   Hopefully of that gets finalized soon so we can get our hands on the game before the year's end.