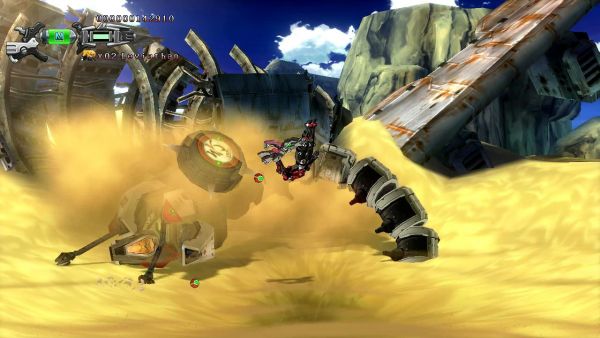 Get out your nickles and dimes, it's that time again.  Konami has announced new DLC for the Contra-rific Hard Corps: Uprising.  Now you can pick up Leviathan, armed with a Moonsault Grenade Throw and a Slide Attack. This is the third downloadable character for Hard Corps: Uprising.  Sayuri the samurai (go figure!) and Harley the biker (you're not even trying now, Konami) were available as extra DLC characters on the game's release day, February 16th.  If you love you some Hard Corps: Uprising, leveling up these characters will add some re-playability. They'll also cost you 200 MSP apiece.  Anyone have the number to Shenaningans?  I'd like to call them.

Hard Corps: Uprising earned a score of 3 out of 5 for our Co-Op Review.  The new DLC is out now.  The game is currently available for the Xbox 360 and hits the PSN tomorrow, March 15.  Check out our gallery which features screen shots of  Leviathan, Sayuri, and Harley in action.