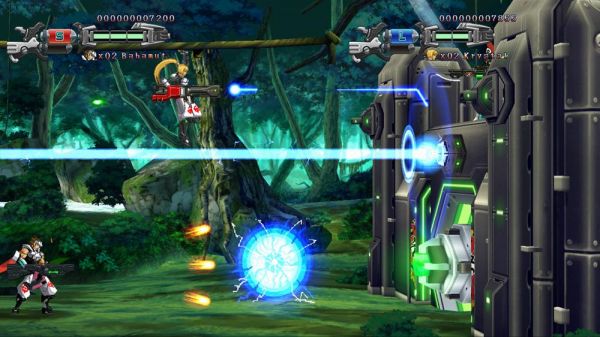 Hard Corps: Uprising came out a few weeks back on Xbox Live Arcade, complete with two player local and online co-op play.  Its Contra with really, REALLY, pretty graphics.  While that sounds great, our review shed some light on the title - we liked it, but were generally annoyed by some nagging issues.

PlayStation 3 gamers are going to get to weigh in on the subject now as a release date has been officially announced.  You'll be getting your hands on the game on March 15th, that's a week from today - and its the same date as another co-op title,Slam Bolt Scrappers, is getting released.  Looks like you might want to start charging those PS3 controllers now.