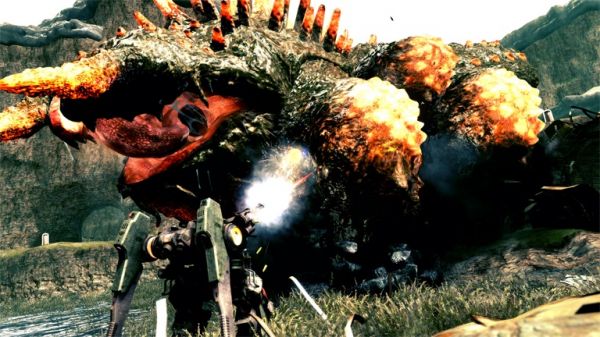 Capcom have announced a PC version of Lost Planet 2 is on the way and will be out this Fall on October 15th.   The port of the popular four player co-op console game will be getting a few new bells and whistles - namely upgraded graphics and 3D support.  In fact, Capcom has partnered with NVidia to create a Lost Planet 2 benchmark utilizing new assets from the game to measure your graphics card performance - it's out now and you can download it here.

Running the game in 3D doesn't come cheap though, you're going to need a beefy graphics card as well as the 3D Glasses - according to the minimum specs you'll need at least a dual core processor and a minimum of a GTX260 graphics card with 512MB of RAM to run at HD resolutions.  We've posted some new screenshots of the PC version below - sadly - Servbot heads are missing.