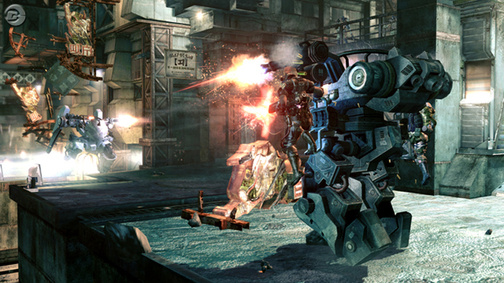 Unless someone at Capcom has gone completely batty, Playstation 3 owners can expect the four-player co-op shooter Lost Planet 2 to arrive sometime after the Xbox 360 release. This has been confirmed via Sony's E3 keynote, and now by Capcom's official site.

While details are scarce at the moment, we're still excited that Capcom is making sure to extend co-op goodness to both platforms. Although we've established the Xbox 360 as 2008's most co-op friendly platform, the co-op love is being spread around the table, and that's always a good thing.

To entice you further, click here (Japanese) for the latest set of screenshots for Lost Planet 2.