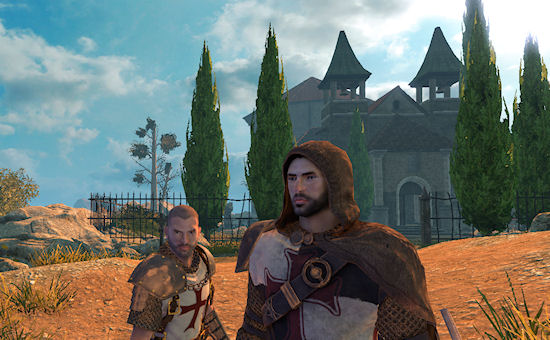 Kalypso Media have announced that their two player co-op action game The First Templar has gone gold and will be released on May 10th for the Xbox 360 and PC.  The game supports two player local and two player online co-op through the entire game.  We went hands on with the game a few months back and you can find our preview right here.

While the previous trailer focused on Roland, the latest trailer for the game focuses on Celian - the other Templar from the game.  We imagine the final character trailer will focus on Marie, the other playable character in the game.