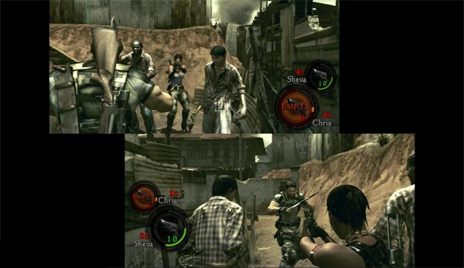 He's right, you know. Lamenting the lack of local co-op in games like Red Dead Redemption and Battlefield: Bad Company 2, Isaiah tugs at the heartstrings of our very own users right here at the world's prime source for co-op content. I remember looking to the internet as the future of gaming...and now that we're here, we find ourselves flocking instead to games that provide the better living-room-couch experience. In a day when developers like Epic Games and Bungie instantly win our hearts for their support of split screen play (as well as online with guests), "The Death Of Local Co-Op" rings painfully true.

It should be noted that while writing this I wore a cowboy hat and slim-fitting jeans. It's to remind me of a time where pressing start wasn’t just for one anti-social gamer on a couch, but sometimes two-to-four.

"Girls were girls and men were men", croons Archie Bunker in the classic TV title song that Mr. Taylor alludes back to during his topic introduction. In a way it's certainly fitting, because as he later points out: you don't know who you're playing with half the time that you're online. All you often know is how well they sing - and it's generally more akin to that of Edith rather than Archie. "Those were the daaaaaays!!" We should make a bigger deal about local co-op and offline play in general. I dare say that there could be a day where the internet may not be the most optimal way of playing with a friend.

I dare say that day is already approaching. The highest-selling game of all time - Call of Duty: Modern Warfare 2 - disables Live Party chat in most of the online modes. Since the game's co-op is limited to two players, usually when a third person shows up the whole party jumps into a team-based match; at which point they are promptly asked to basically break up the party.

Maybe it is time to put offline co-op games out to pasture, or at least relegate them to smaller titles and treat them as smaller modes on major games. You will have to excuse me if I make a little fuss about it, because it seems like no one else is.

As we well know, he's not alone. Go check out the entire posting - in which he also gives Co-Optimus a shout-out - and leave a comment if you feel so inclined (he has been active in responding to feedback).

Meantime, we've sent him a guerrilla jacket to recruit him to the cause.