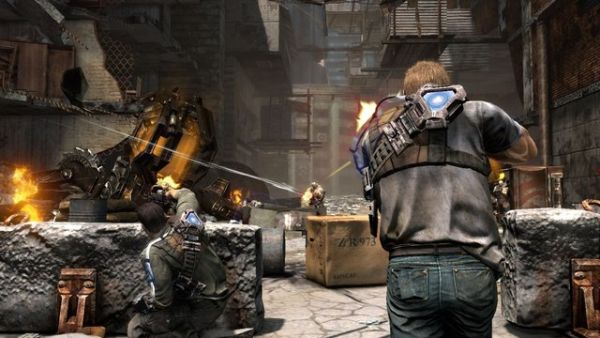 "Saber Interactive's Inversion makes no bones about looking exactly like Gears of War," says EuroGamer's Tom Bramwell in their latest preview. According to the article, the controls are cloned over as well. Whether this works to Inversion's advantage or detriment remains to be seen. If nothing has changed since the last time we've given the game coverage, then it seems that the lack of splitscreen co-op (online only) is one thing that deviates from the Gears of War formula of success.

Nonetheless, we'd like to get our hands on this two-player shooter. Saber Interactive doesn't mind being light on story and heavy on action, and judging by the new screenshots and recent video interview below - Inversion has plenty of the latter. Havok is being licensed to provide the physics, including gravity manipulation, the game's main draw.