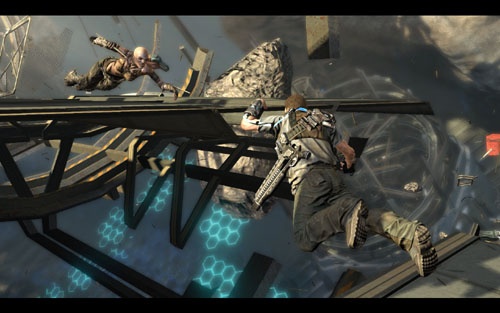 A few days ago we broke the bad news (yet again) that Inversion was being delayed to July. Turns out we were only half correct. While the game is certainly delayed til (at least) July in Europe, according to a Namco Bandai rep, the game is still on track for a June 5th release in the states. That's next week! Here's hoping.

Inversion will support 2-player online or local co-op on the Xbox 360 and Playstation 3.