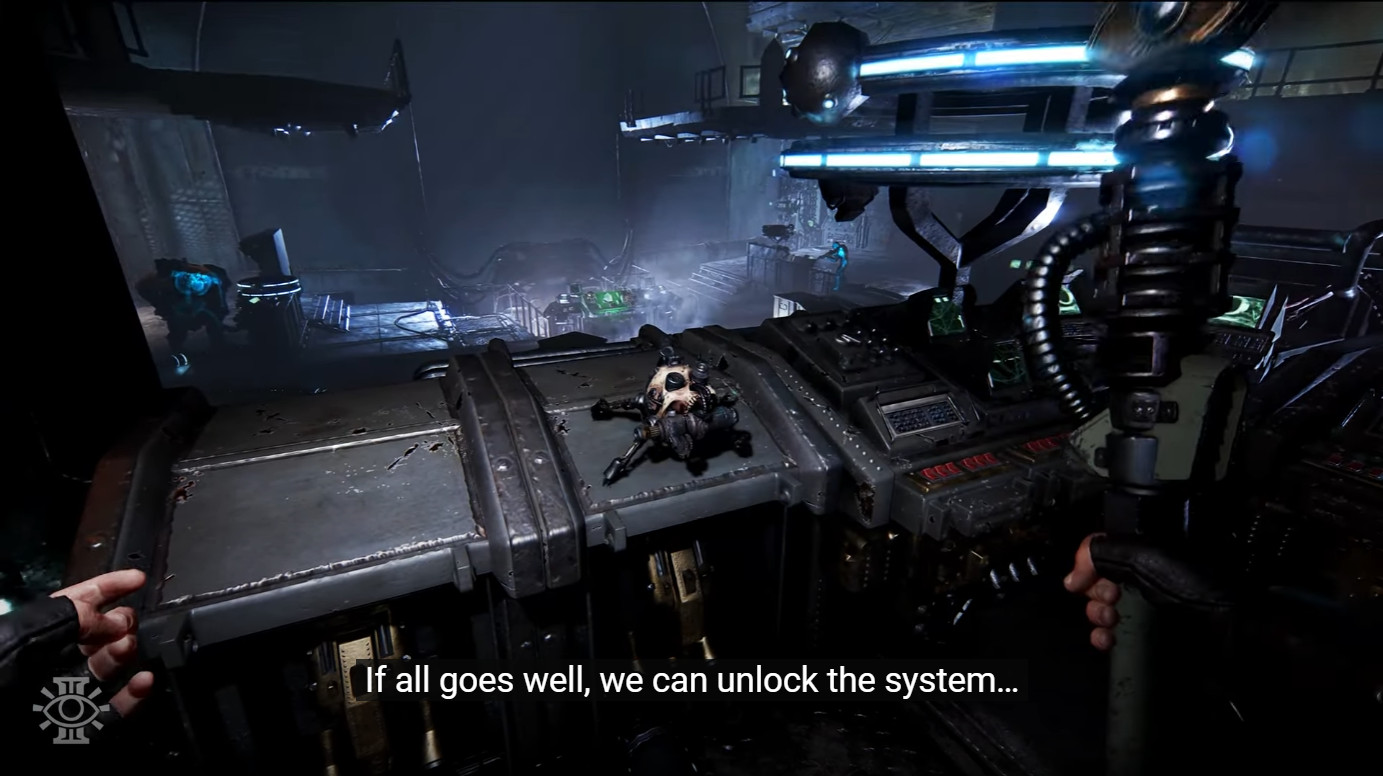 We've been super excited for Warhammer 40,000: Darktide, the follow-up to Warhammer: Vermintide 2, ever since the game was announced back in 2020. Fatshark, the Sweden-based developer, has done a fine job of rolling out new information and cinematics trailers since that first announcement. However, gameplay footage has been conspicuously absent until now. At long last, the latest, freshest trailer shows us just what Darktide looks like in action. Spoiler: it looks like a cooperative blast!

Official description of the video:

Heretics [have] sabotaged Tertium’s power system, and it is up to the four (anti)heroes to save the day. The job is simple, the risks are high, and the action is gloriously gory.

The gameplay trailer certainly does a fine job of showing off Darktide's futuristic, sci-fi setting, a key difference from the medieval Vermintide series. We also see huge hordes of enemies, exciting character-based powers, and some of the technology-based objectives that players will complete during each lengthy mission.

Fatshark also announced that Darktide on PCs PCs equipped with a GeForce RTX GPU will support NVIDIA DLSS (using AI to maximize performance), Ray Tracing (enhancing visual fidelity), and Reflex (which reduces latency). PCs without a GeForce RTX GPU can stream the game from the cloud via NVIDIA GeForce NOW.

Warhammer 40,000: Darktide is a multiplayer-focused game in which players complete challenging missions while battling hordes of enemies in the far future of the Warhammer universe. It will support 4-player online co-op when it arrives on Windows Store and Steam on November 30 of this year (an Xbox Series S|X version will follow sometime later). The game will be available in two editions: standard ($39.99) and Imperial ($59.99).