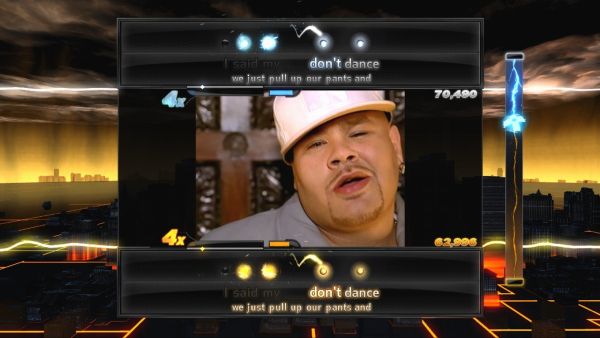 Konami has just confirmed more of its music lineup for Def Jam Rapstar, one of the many co-op music games coming out this fall.  Unlike other titles, Def Jam Rapstar looks to provide something different than just a "band" experience by allowing players to not only create music, share it, and play with friends - but it also covers a unique genre that's been largely untouched to this point.  In case you missed it, we went hands on with the title during E3.

So who else does Konami have lined up for the game when it hits on October 5th?

In addition to the songs and artists available above, the game's freestyle mode will feature beats provided and produced by Bangladesh, DJ Premier and Just Blaze.  The full track listing (to this point) is available in our database entry for the game.

With everyone featuring everyone else in the hip-hop genre, you know there's plenty of opportunities for co-op gameplay.  Will you be Lazy Town to my Lil John*?

*Not actually in the game...sadly.