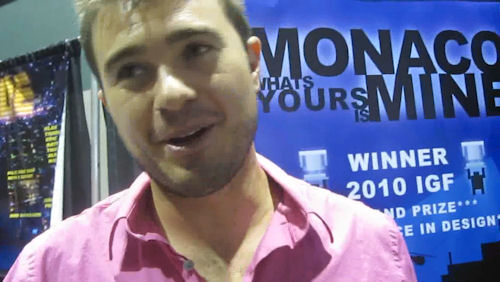 We've been keeping a watchful on eye Monaco: What's yours is Mine for some time now.  The four player co-op "crime caper" title has players working together to steal some loot - each person taking the role of a unique class.  The classes each of abilities that support the other players, so team work is key!

We were lucky enough to have a brief chat with Andy Schatz, the game's creator, at PAX 2010.  In our interview Andy tells us where the concept for Monaco came from, some future possibilities for the game, and just how far it's come since it won the IGF Award earlier this year.