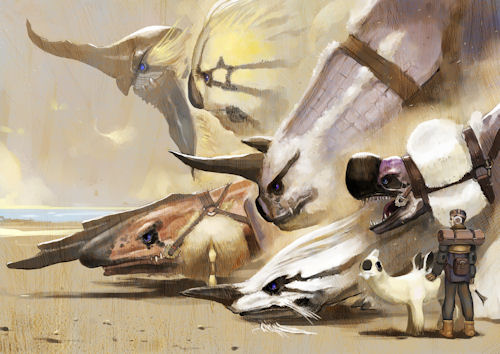 Several new Kinect games were revealed last night during Microsoft's Tokyo Game Show Press Conference and surprisingly none of them involved collecting rings while jumping around.  One of the surprise games is an Xbox Live Arcade title by Phantom Dust and Panzer Dragoon game director Yukio Futatsugi.  The game is called Project Draco and it looks to be a spiritual successor to Panzer Dragoon.

The core gameplay is still an on rails shooter, but there's an entire other element that has players "learning to nurture and communicate" with their dragon.  Skittles the Tiger these dragons are not.  Player will be able to take their dragons online and "experience breathtaking vistas and engage in thrilling battles."  Sounds like co-op to me.  Just don't ask your buddy if he wants to "Kinect and nurture your dragons together."

Project Draco is set to come to Xbox Live Arcade exclusively in 2011.